My name is Neven Mrgan. I'm a 36-year old designer at the software company Panic Inc, and a game developer in my spare time. Maybe you've heard of my iOS games Blackbar, Grayout, Space Age, The Incident? Rings a bell?

But let's talk books: I've just put one out. It contains twenty-five comedy sketches I've written over the past years. Some of them were done for revue shows at the Brody Theater in Portland, OR; others, I wrote simply because the silly ideas wouldn't leave my head. 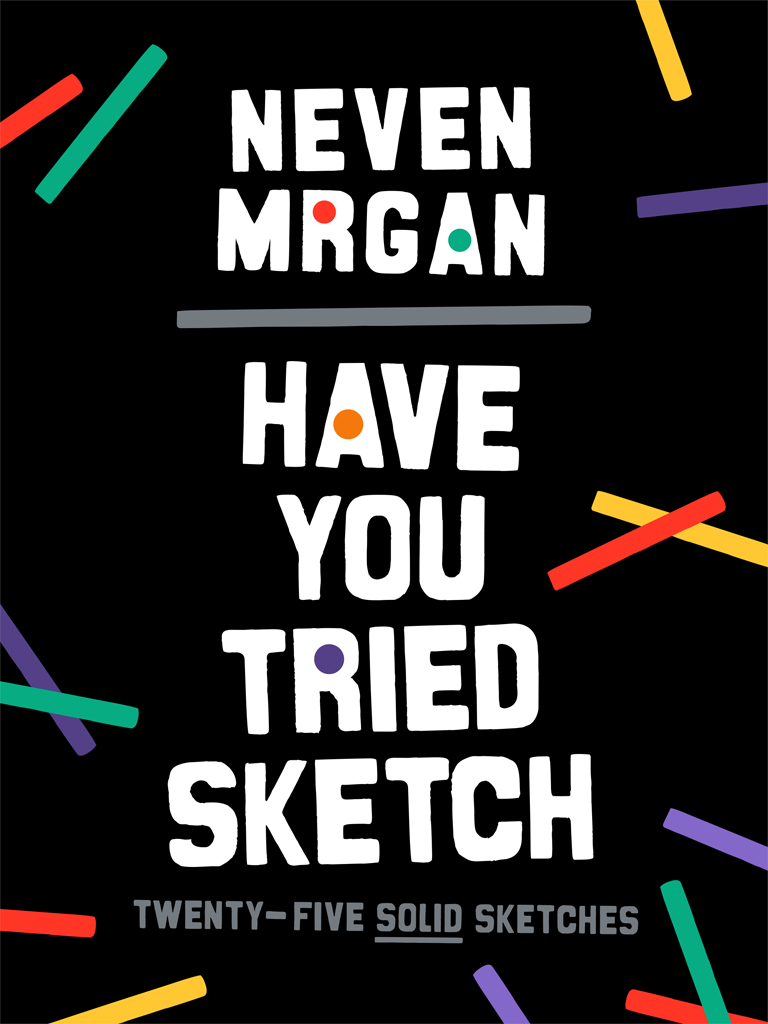 I realize that sketch comedy doesn't usually hit the market in written form. But few people outside of Chicago and LA go out to watch local sketch comedy, and I figure maybe they'll develop a taste for the form if they poke inside my book on their tablet or phone or whathaveyou.

To start, you could read a sample sketch. After that, check out the book on the ebookstore of your choice. If you'd like an iBooks promo code for the full thing, email or tweet me using the links below. Or, we can just chit-chat. I'm friendly.

Thanks for reading… and, I hope, writing!

View on iBooks
View on Kindle